Tomorrow night is the launch of the prints I have making during my resident week with Print Cabal down in Cork. From about 6 - 8.30pm in Camden Palace there will be a cafe event with tunes, hot drinks, and a screen printing demo at 6.30.
Facebook event page with links for people who want to go here:
Cabalista Cafe Event Page

Here's some info on Print Cabal's monthly Cabalista project:
"November 2012 saw the launch of the Cabalista project from Print Cabal.
Every month, Print Cabal features one emerging artist. We work with that artist to select one of their pieces, and produce a limited edition run of screen prints. Some artists work will be on t-shirts or other wearable items, some will be high quality art prints. It will vary month-to-month.
The limited edition prints will be sold through the Print Cabal online store.
In addition to the limited edition prints, each month an additional 50 screen prints will be produced. These will be a basic one-colour version of the artwork, printed on newsprint. They will be given away for free as an 'Art Drop' in a different Cork city location each month.
Our first Cabalista of 2013 is Dublin artist, illustrator, and cartoonist, Karen Browett. Karen is also our first visiting artist - she will be working at the Print Cabal studio for the whole week, and will produce her Cabalista print along with PC. We'll printing as much other stuff as we can too! "

Time has been tight for full updates, so here's some pics for now!

The plan is a postcard set of black line drawings. On the reverse will be parts of a 4 colour image that you can choose to line up as a long poster.  Here are previews of parts of the images and some of the process so far. If you are around Cork please do pop in on Saturday. After the launch night the prints will go on sale on the Print Cabal big cartel page, for which I shall add a link when it goes online. 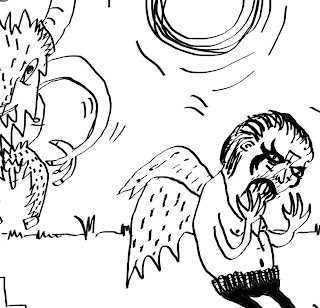 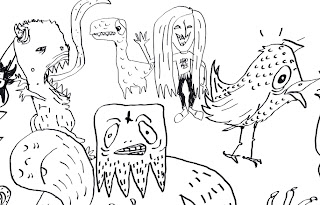 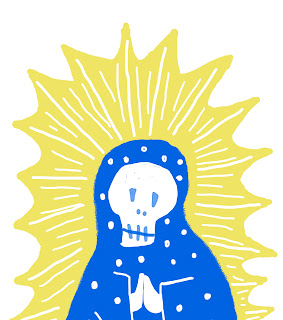 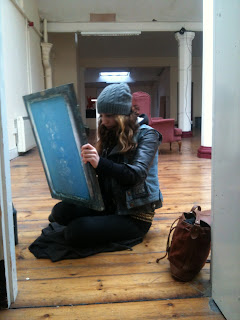 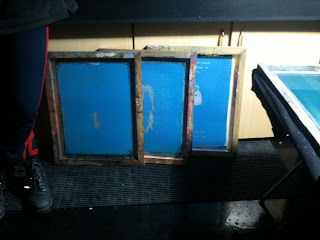 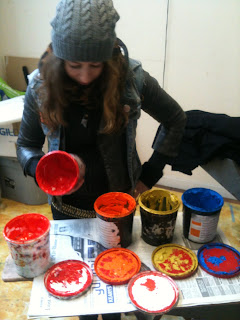 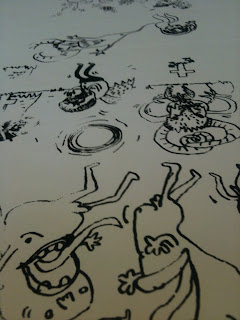 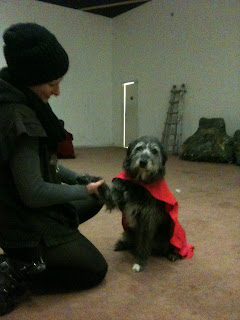 Hot Bar at The Bernard Shaw

Sketch work for some labels I'm designing for cosy winter drinks at the outside 'Hot Bar' in The Bernard Shaw. The first is a general label, with boarder still to be filled, the second is a mock up of the hot whiskey label. Still to design is a mulled wine and hot cider label. I'm not sure what type of labels/cups are being used yet, so these are just designs so far. Its great fun though, I love hand making type AND illustrating so getting to do both is amazing! 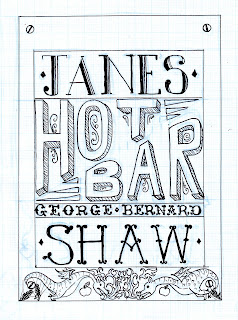 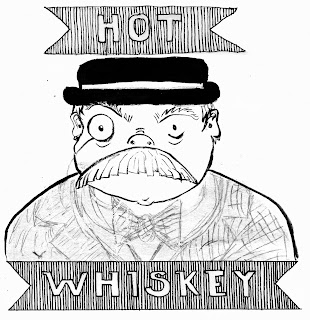 The app/game that I have been working on in the posts previous needed development of characters to allow for visual changes during stages of power up. I played around with the whole design to try to find expressions or positions that worked. It's in progress but here some of the work so far. I included some of the changes that the lion has gone through so far to reach the sequence I wanted, changing shape and style along the way. 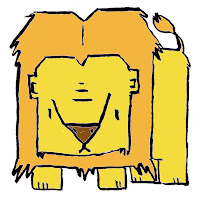 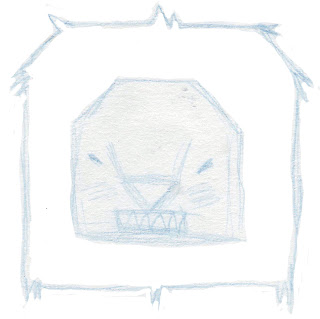 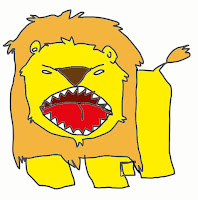 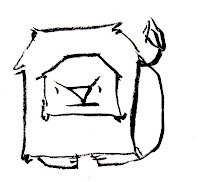 And heres some further development. What am I doing you say? My friend has been developing this awesome word game for ipad/iphone. Basically you use your finger to select words from the grid, in any direction, aided by three power ups/helpers for when you get stuck. It is highly addictive to play, be warned. I came on board to help out with a bit of design. All of the work here is very unfinished, more style sheets to improve upon, and to test their functionality and suitability within the game. The idea of the concept to work on was that the letter blocks were effectively floating as a canopy over some kind of rainforest or similar, and that there would be a night and day, day time being when you can really hit up your power ups, night time draining them. Elements such as rain and lightning interact with the play, and theres a beautiful ever changing soundtrack by the lovely Cora Venus Lunny. The power up symbols given to me were bomb-to pop a letter out of the grid and send its surrounding letter blocks spinning, shove-to push along a whole line horizontally or vertically one space, and swap-to tap blocks to trade their places. There are sound effects with the power ups that are animal noises. I'm working on converting the symbols to relevant animals for the specials. The lion roars and pops out the block, the rhino charges to shove a line along, and the 2 birds pick up and swap letters. I have a lot of work to do on improving the design of the animals, and including changing expressions depending on the amount of charge they have, for example awake and happy to sleepy to grumpy for the lion, depending on how much juice it has.
The first two pics here and the last post are sketch and mock up versions of the game, and the last pic is the start splash page for now.
The game is in testing mode at the moment, more info can be found here http://www.solocobits.com/ 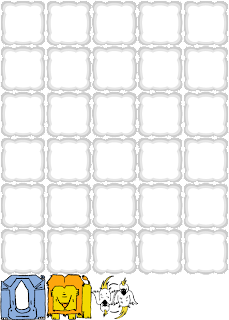 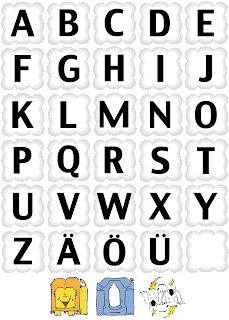 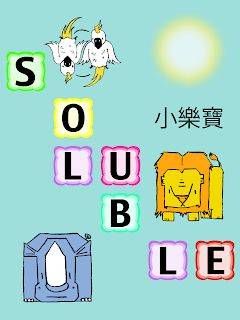 Super Fun Time Thing To Do!

Here's some rough work towards the design of super fun time thing. All will be revealed later. 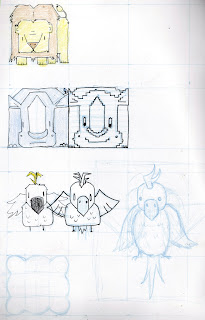 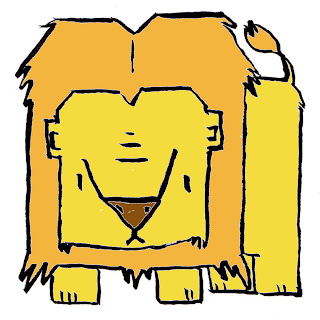 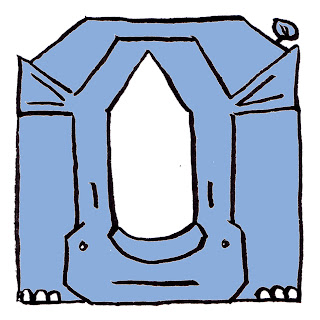 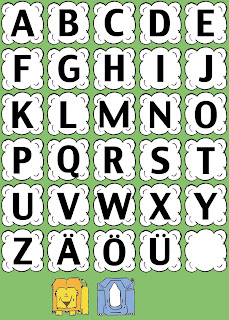 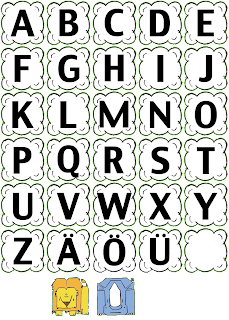 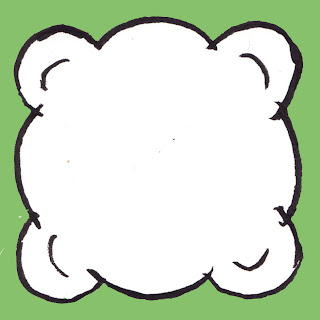 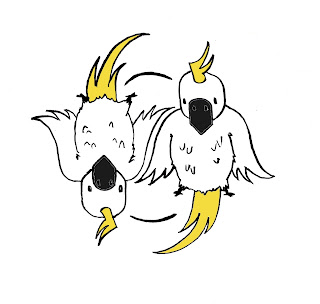 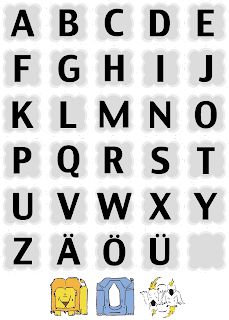